She was previously part of WACK, being a Second Generation member of BiS from its formation to disbandment, as well as a member of HOLY SHiTS.

Since graduating, Peri Ubu has continued to perform as a soloist under WAvE, an avex subsidary.

On March 13th, Peri Ubu was announced as a founding member of Nagoya-based idol unit Attain Music, under the name Utatano Soyulu.

Attain Music released the music video for "Ai no Monster", the only music video that Utatano would feature in, on May 22nd.

From August 31st to September 4th, Peri Ubu took part in the BiS Reformation Audition under the name "Nagayama Yukiko".

On September 4th, during the audition's final day, Peri Ubu was announced as a founding member of BiS's Second Generation.

On November 16th, Peri's first album as a member of BiS, Brand-new idol Society 2, was released.

From March 12th to 18th, Peri Ubu participated in the WACK AUDiTiON CAMP 2018 as a mentor.

At the audition's concluding WACK EXHiBiTiON on March 18th, it was announced that Peri would be placed in BiS 2nd when BiS would split into two groups.

On July 26th, Peri Ubu was added to the shuffle unit HOLY SHiTS.

On July 30th, Peri ranked 6th in the BiS.LEAGUE election and remained in BiS 2nd.

During her second BiS Leauge, it was announced that Peri Ubu had ranked 4th on December 29th. However, as BiS.LEAGUE was announced to end the same day, she was not officially promoted to BiS 1st.

On March 30th 2019, BiS announced that their current generation would disband and all current members, including Peri, would graduate from the group.

BiS' second generation officially disbanded on May 11th. During their final show, Peri Ubu announced that she would leave WACK entirely at the end of the month, using her remaining three weeks to search for work at another agency.

On May 31st, Peri Ubu's contract with WACK expired, and she left the company.

On June 14th, Peri Ubu announced that she had choreographed the debut single of the idol group MELiSSA.

On September 1st, Peri Ubu announced her debut as a solo artist under WaVE, a talent agency under Avex and TWH.

On October 5th, her 21st birthday and first anniversary of starting solo activities, a music video for Birth was released. In addition, Birth was re-released as a limited CD single, alongside BANG as a B-Side and a new song.

On November 29th, Peri Ubu released a new song, Mission. The next day, she held a 12-hour performance on YouTube. The event featured her walking around Tokyo selling merchandise and CDs.

Peri Ubu was a high school student prior to becoming an idol. She was very shy and had difficulty speaking to her classmates. 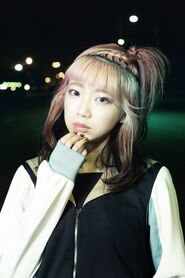 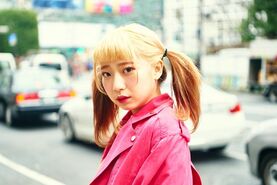 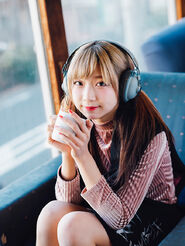 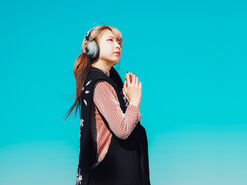 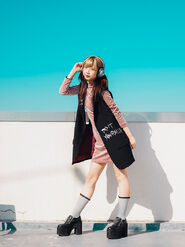 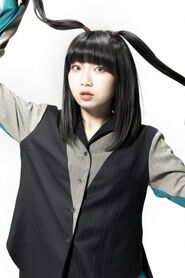 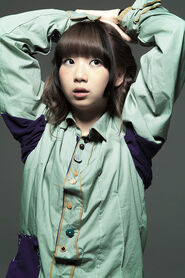 Add a photo to this gallery
Retrieved from "https://wackidol.fandom.com/wiki/Peri_Ubu?oldid=21377"
Community content is available under CC-BY-SA unless otherwise noted.