NOW EMPiRE, also known as Nono (のの), is a Japanese idol under WACK as a member of EMPiRE and SAiNT SEX. She joined in March 2019. Prior to joining WACK, she was the leader of SakuranbomBom.

Sometime in June, NOW EMPiRE joined the Yamagata local idol group, SakuranbomBom, as a founding member, and under the name Nono. As the oldest member, she was given the role of the group's leader.

SauranbomBom disbanded on April 30th, 2016, however, would occasionally reform for one-off performances afterward.

From March 24th to 30th, Nono took part in the WACK AUDiTiON CAMP 2019, under the name "Terayama Yufu". At the concluding WACK EXHiBiTiON, it was announced that she would join EMPiRE.

On April 21st, Nono's first event with EMPiRE took place, where her official stage name was revealed as NOW EMPiRE.

On August 4th, during WACK presents DREAMLIGHTS in TIF, NOW was placed in SAiNT SEX during their live performances. 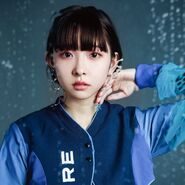 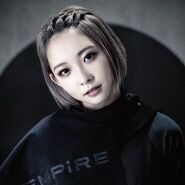 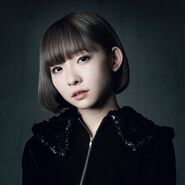 Add a photo to this gallery
Retrieved from "https://wackidol.fandom.com/wiki/NOW_EMPiRE?oldid=25608"
Community content is available under CC-BY-SA unless otherwise noted.