Muropanako (ムロパナコ), now known as Hanako (葉菜子), is a Japanese singer and former second-generation member of BiS. She is currently the vocalist of Her knuckle.

At the concluding WACK EXHiBiTiON on March 18th it was announced that Muropanako had passed the audition and would be joining BiS 2nd.

Muropanako's first single with BiS, Don't miss it!!, was released on July 4th.

On July 26th, Muropanako was added to the shuffle unit HOLY SHiTS, and her debut song with the group was released the same day.

On July 30th, Muropanako ranked 8th in the first BiS.LEAGUE election and remained in BiS 2nd. Afterward, she was given the title of BiS 2nd's captain.

On December 29th, Muropanako ranked 9th in the second BiS.LEAGUE. While she was not demoted as BiS.LEAGUE was announced to end, due to her low ranking, Watanabe Junnosuke singled her out as being "unfit to perform as part of BiS" and at risk of being removed from the group.

From the 24th to 30th March 2019, Muropanako took part in the WACK AUDiTiON CAMP 2019, under the condition that any BiS members taking part in the boot camp would be removed from the group if they were eliminated.

On March 30th, while Muropanako had passed the audition camp, BiS announced their intention to disband anyway, in response to the firings of Aya Eightprince and Toriaez Hana, who had been eliminated.

When BiS disbanded on May 11th, Muropanako announced that she would remain in WACK.

On June 24th, Muropanako revealed on her twitter that she had changed her mind about staying in WACK, and had ended her contract. She deleted her account less than an hour later. Soon after, Muropanako opened up a new twitter under her real given name, Hanako.

On March 13th, Hanako announced that she was starting a new music project, named Her knuckle, which would be releasing the music video for its debut single two days later.

Hanako's first two digital releases with Her knuckle, Lemon Hata no Kyouryuu and Meury were simultaneously released on May 6th.

Hanako is a close childhood friend of Ayuni D, and they attended the same school. 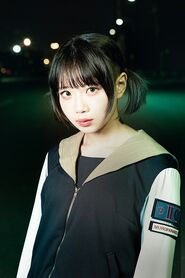 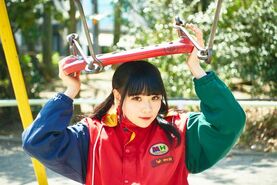 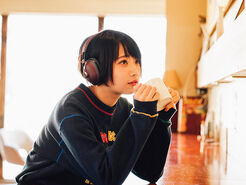 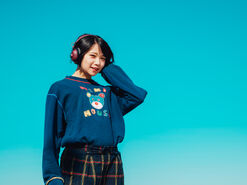 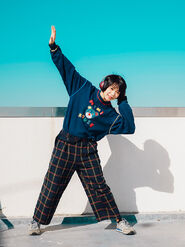 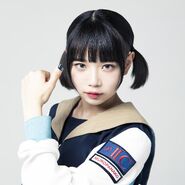