Koinumaru Pochi (小犬丸ぽち) is a Japanese idol, DJ and YouTuber. She is a member of CY8ER.

On December 24th, 2016, Pochi was announced as a member of CY8ER alongside Suzukawa Mashilo, being the first two members since the group changed its name from BPM15Q. Her first single was Remix Start, released on March 18th, 2017.

In October 2017 she joined the DJ unit KÜNY△Ｎ under the stage name POCHI. 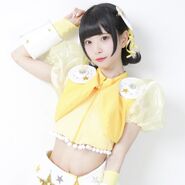 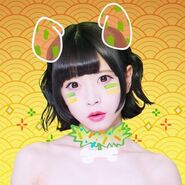 Add a photo to this gallery
Retrieved from "https://wackidol.fandom.com/wiki/Koinumaru_Pochi?oldid=19058"
Community content is available under CC-BY-SA unless otherwise noted.