Chantmonkee (チャントモンキー) is a Japanese idol under WACK, as a founding member of BiS' Third Generation. She joined in June 2019.

Chantmonkee was revealed as a founding member of BiS' third generation on June 11th, 2019.

Chantmonkee's first release with BiS was the digital single, STUPiD, on June 25th.

Chantmonkee's debut single, DEAD or A LiME, was released on November 20th.

On January 3rd, Chantmonkee was originally selected as a mentor for March's WACK AUDiTiON CAMP 2020. However, on March 20th, an announcement was made that Chantmonkee had been replaced by Toggy with no given reason.

At the beginning of September, Chantmonkee collaborated with MUSIC ACTION FUKUOKA, a campaign supporting Fukuoka-based music venues that had been affected by the coronavirus pandemic. She sang vocals on the charity single, "Beat goes on", and appeared in the music video alongside other musicians, tarento and local personalities. Buzz72+ also featured on the song. 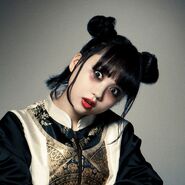 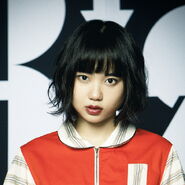 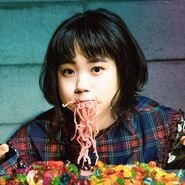 Promoting IT'S TOO LATE 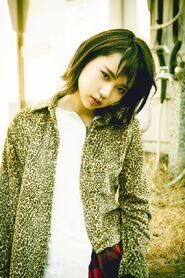 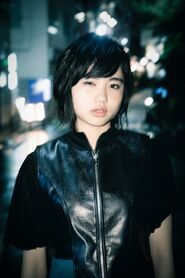 Promoting DEAD or A LiME 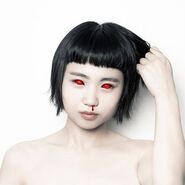 Add a photo to this gallery
Retrieved from "https://wackidol.fandom.com/wiki/Chantmonkee?oldid=22011"
Community content is available under CC-BY-SA unless otherwise noted.